Nicole like many other children with NF1 had a very lonely and isolated childhood. She had no real friends and was often left on her own. It didn’t help that she was in and out of hospital almost more than she was in school and with learning difficulties she was seen as different. It was heartbreaking, this was on top of struggling with the medical side of a large tumour causing her immense pain and mobility issues. 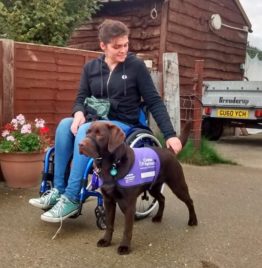 When Nicole was 14 she found a camp for children with NF in America, this camp was run by the Children’s Tumor Foundation. Nicole wanted to go, so in July 2011 she flew out to Salt Lake City. Nicole found she was the only Brit in the camp and for the first time she felt like she belonged and found her British accent made her rather popular, a far cry from her life back at school in the UK. Because of her new found confidence, self belief and self esteem that she came back with after camp the Childhood Tumour Trust (CTT) was formed so that other children in the UK could benefit as Nicole did in America. Last year we had our very first camper come over from the USA to attend our UK camp!Nicole is now studying Engineering at Manchester Metropolitan University after being told at school she would never get anywhere.

Marnie was 13 weeks old when she was diagnosed with neurofibromatosis type 1 and pseudoarthosis of the left tibia bone. When marnie was 14 months old her left tibia bonebroke. Pseudoarthosis is a bone condition that doesn’t heal without intervention. At 18 months old and wearing a plaster cast Marnie learnt to walk. She wore numerous plaster casts until she was 22 months old when she had an operation where they inserted an extendable rod into her bone to try and help it fuse back together. Marnie had to wear a splint to help protect the bone as it will always be a soft spot. This limited Marnie as to what she could and couldn’t do, basically she hasn’t been able to live her life like a 3 year old should. 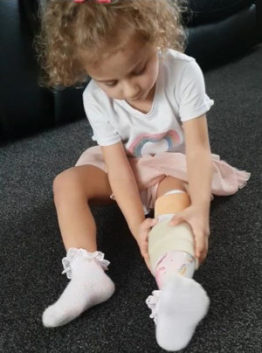 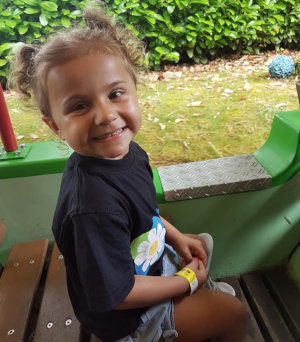 One year after her surgery her bone was not showing any signs of healing. Marnie would have to have quite a few surgeries to see if it would fuse back together. Each surgery she would under go only has a 20% chance of working. Rather than put Marnie through all that and her needing an through all that and her needing an amputation when she is 15/16 we made the hardest decision we have ever had to make and opted for Marnie to have the amputation while she was still young. On the 11th October 2018 Marnie had her below the knee amputation. She showed signs of phantom limb pain so they commenced her on Amitriptyline which has helped massively. Before Christmas we brought Marnie’s new unicorn leg home, – at first she was so scared to wear it as she thought it was going to hurt her scar but once she realised it wouldn’t she was happy to put it on. Within a few days she, out of nowhere just started to walk in her new prosthetic. At that point I realised we definitely had made the right decision for her. She is such a happy and bubbly little lady and doesn’t let anything hold her back. Marnie has had an MRI scan of her head and spine which has come back fine. She has a suspected tumour in her right shin. Marnie goes to nursery and she is loved by all as she is just so happy all the time. Marnie knows her poorly leg had to be taken away and now with her new leg she can do whatever she pleases and her whole life is ahead of her.

Sian was 8 years old when she was diagnosed with NF1 at 8 years old. She is a spontaneous mutation as nobody else in her family has NF1

. Sian was asymptomatic and had no other symptoms other than her cafe au lait spots up until the age of 15. On April 1st 2018 she was diagnosed with a Pilocytic Astrocytoma brain tumour. On April 3rd 2018 she underwent a 6 hour operation to remove the tumour. She stayed in hospital for 5 days and then I was allowed home to recover. Three weeks after her operation She sat four of her GCSE’s. A few weeks after sitting her exams, she was unfortunately admitted back into hospital and was diagnosed with having high cranial pressure; she had several more surgical procedures to deal with this very serious complication and a really long spell in hospital.Once they surgeons stabilised Sian’s pressures she had a programmable Lumber shunt fitted to help normalise her cranial pressure. Sian attends many clubs, including helping out as a young leader in her local scout group. She leads a normal life and doesn’t let her NF stop her from doing things that she loves. Sian found the Childhood Tumour Trust by chance when she was on a camp with her scout group. Finding CTT truly has changed her life as she doesn’t feel as though she is alone anymore. She now has new friends that she can stick by for life. The childhood Tumour Trust have already helped her and made her feel as though she has somewhere to turn to should she need advice in the future. 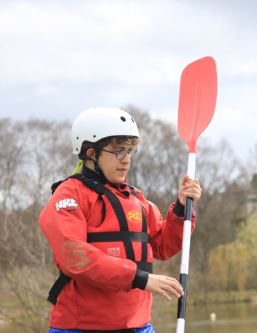 Daniel was diagnosed with NF1 as a baby. He is the first member of our family to have it. It was recognised by the neonatal team at our local children’s hospital. This diagnosis meant that Daniel had an annual appointment with a community paediatrician and an eye test at our local eye hospital.

Just after his 8th birthday it was picked up that Daniel’s eyesight was deteriorating and an MRI was requested. The MRI showed that Daniel had a tumour on his optic nerve (optic glioma), this cant be removed as to do so would damage the optic nerve and leave him blind. He started 18 months of chemotherapy in 2013. It was a hard time for all of us.

Throughout his treatment Daniel had regular MRI’s, which showed that his tumour was stable (not growing) and this has remained the case since. Following his treatment Daniel has been left with a loss of peripheral vision on his left side and a mild, high frequency hearing loss (caused by the chemotherapy), this could have been far worse had we not had an early diagnosis.

In 2017 Daniel attended his first UK NF camp with CTT. It was the first time he’d ever me anyone else with NF1. He’s attended 2 more camps since then and is looking forward to the next one. 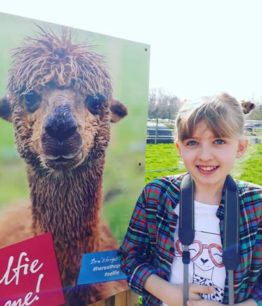 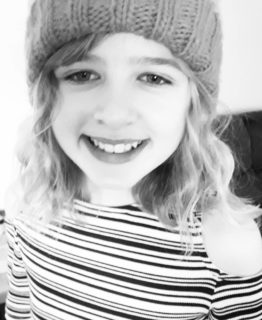 Frankie is 12 and was diagnosed at about 6 weeks old as her mother has  NF1  and because she had cafe au lait marks. Frankie has a large plexiform that extends around her shoulder and trunk, pectus excavatum, scoliosis, ,  tracheobronchomalacia, episodes of supraventricular tachycardia and autism. She also has some neurofibromas in her chest cavity and beside her spine. She has had over 20 procedures under general anaesthetic for her back and had hopefully has had her final fusion. She does feel different and feels like she struggles to fit with other children but she is a fighter!